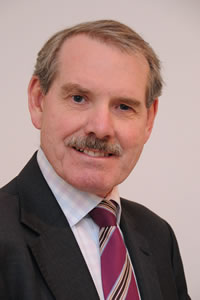 Tim finished his secondary school education in the United Kingdom and travelled to New Zealand to study law and gained his LLB in 1975.

Tim was a President’s appointee on the founding Executive of the Property Law Section of NZLS where he served for two years.

In 1996 he was appointed to the role of Property Law Section representative on the Working Party for the Digitisation of the Land Registry. He served as a member of the Working Party and as co-convener of the Property Law Section Land Title Committee for many years before retiring from that in 2012. Over this period of time, he sat on the Land Information New Zealand (LINZ) Steering Committee for the Digitisation of the Land Registry through to the development of Landonline.  In 2003 Tim and the Registrar General of Lands, R Muir delivered a seminar for legal and survey profession around New Zealand on the new form of land titles and survey registration processes.

In 2008 Tim was selected to serve on the Auckland Branch Council of the New Zealand Law Society.  He served as an elected member of the Council, Vice President and then President for a period of three years, up to and including 2016.